The purpose of the Socrates @ SaddleBrooke Club is to explore and discuss “Big Questions” of life regarding origins and destiny.  We examine evidence from science, philosophy, theology (particularly biblical), history, humanities, and psychology following the path of inquiry no matter where it leads.

We host presentations, encourage live discussion at the events and within small group settings, and host an online Socrates Forum where you can ask a question and have it answered by the other participants.  Our goal is to connect people who have credible knowledge to people who need it, as well as help people appreciate those with a differing perspective. 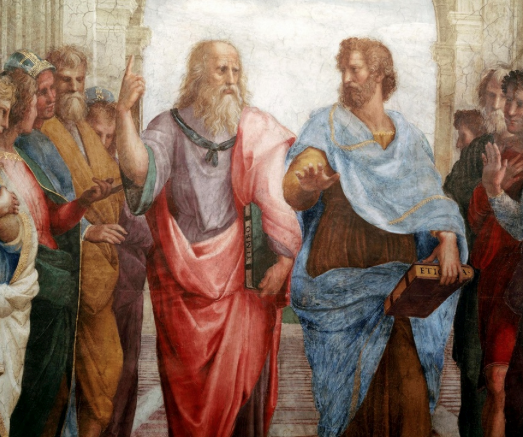 At the center of the School of Athens fresco on the homepage we see Plato on the left and Aristotle hotly debating the foundations of inquiry.

Plato was Socrates’s student and Aristotle was Plato’s student.  Plato is pointing upward with a single finger stating that there is a higher, truer, eternal, unifying and unchanging ultimate reality that is the source of all knowledge and matter.  Aristotle with his fingers pointing downward, is arguing that reality is discerned by understanding the physical things we see and experience by sight and touch. Today the same debate rages on: How can we account for the incredible diversity of all things around us yet discover the unifying principle that lies behind them?

Our Host and President

Stuart has earned degrees in physics (B.S., Drexel University), systems engineering and operations research (M.S.E., University of Pennsylvania), and was awarded an honorary Doctor of Laws degree (LL.D.) for completing his M.A. program in Christian apologetics and presiding as president over the Simon Greenleaf School of law  (now part of Trinity International University, Deerfield IL).  Stu had a tri-vocational career that spanned being founder and president of Advanced Business Software, president of Simon Greenleaf University, and vice president of information systems for Callaway Golf.  He taught and lectured on Christian worldview and apologetics at churches throughout Southern California and Colorado.

He was a hard-core agnostic who became disillusioned with secular answers and worldly values in his mid-30’s.  Stu went on a multi-year intensive investigation to discover the meaning and purpose of life which eventually resulted in him becoming a committed Christian.  Even so at Socrates he will objectively lay out both affirming and opposing evidences from science and theology in an open and transparent manner.  His goal is for you to examine these topics from multiple paths of inquiry so you will be able to draw your own conclusions, as well as better appreciate the conclusions of others.

Stu will provide  you with current expert research and references from many academic disciplines — and from both sides.  As a Club Member you will have access to the Socrates Forum which is a conversational live Forum as well as a website that allows you to ask questions and receive answers, and have discussion with others with perhaps opposing views. 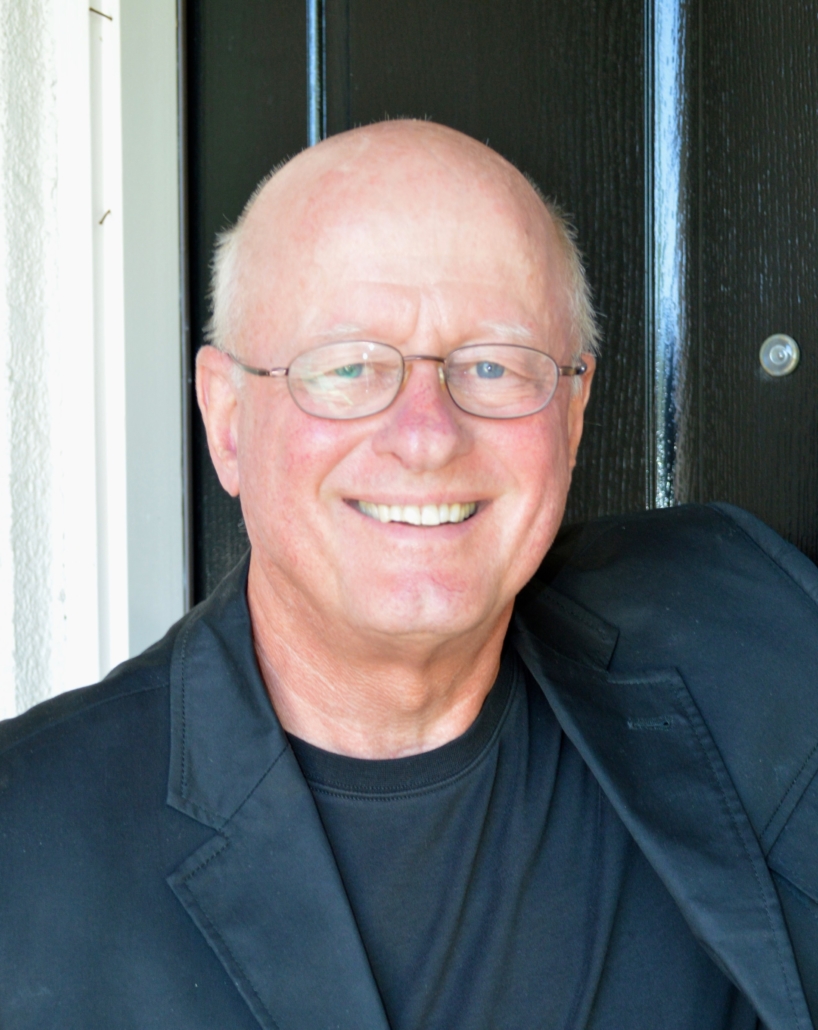 Dick earned a B.S. degree in chemistry (Northern Illinois University) and an M.S. degree in Chemistry (Roosevelt University). He was a research chemist at The Sherwin Williams Company before moving to the sales, marketing and business side. He was a vice president with SW for 10 of the 23 years he was there. For the next 25 years Dick was president and principal owner of XIM Products, Inc., a manufacturer and marketer of specialty paints, coatings and associated products. Dick sold his company and retired in 2013. He currently divides his time between Saddlebrooke, AZ and Cleveland, OH where he is active in his church, Habitat for Humanity and the Fellowship of Christian Athletes. Dick maintains his interest in science focusing on physics, astronomy and cosmology. Beside golf and tennis, Dick and his best friend, Petey, a rescue dog who is part Norwegian Elkhound and part German Shepherd, love to be out in the mountains off-roading in the Jeep. 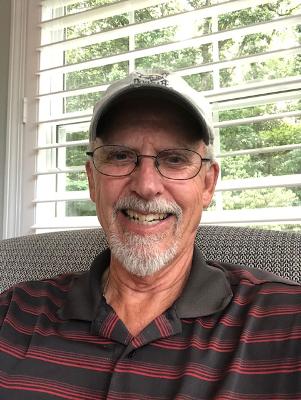 Gale Orr is the former founder and owner of The Hideaway, a retreat and conference center in Monument, Colorado.  She will host conversations and discussion groups in their home.

Gale and her husband Stu are originally from California moving to SaddleBrooke from Colorado in 2019 upon retirement.  Together they have a total of four children and nine grandchildren.  They love SaddleBrooke – its people and its spectacular beauty – and enjoy hiking, music, dining and dancing, and most importantly researching and discussing the ultimate questions of life. 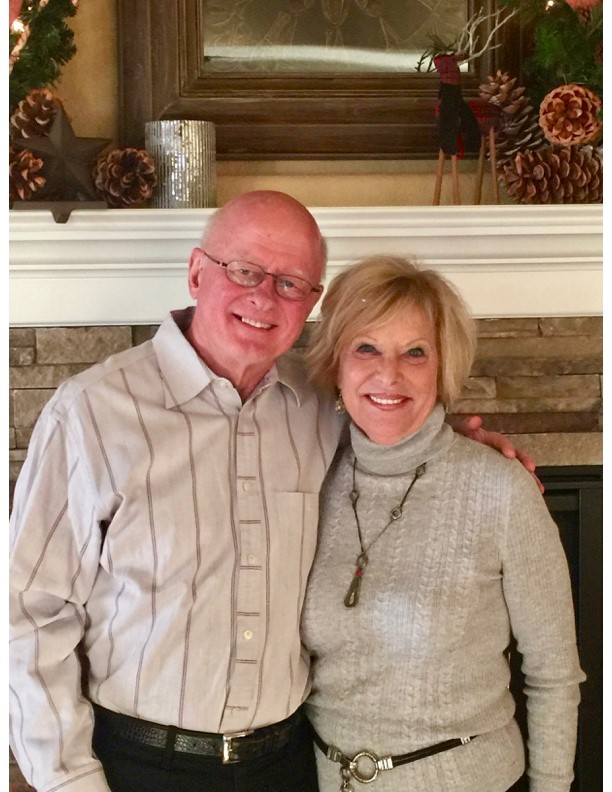 John A. Bloom (PhD in Physics, Cornell University; PhD in Ancient Near East Studies, Annenberg Research Institute) is a professor of physics and former chair of the chemistry, physics, and engineering department at Biola University. He is the founder and director of Biola’s master’s degree program in science and religion. He is the author of a number of published articles and the book The Natural Sciences: A Student’s Guide. 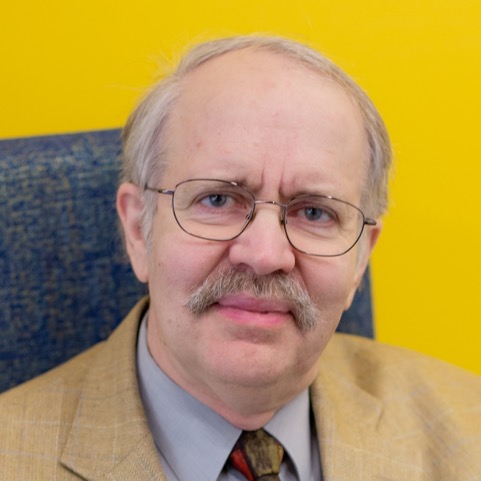 The formation of the Club was inspired by the man who discovered answers to Big Questions by asking Little Questions thus establishing a path to understanding.   His “socratic method” is used throughout throughout the world, not only in academia but by everyday people with inquiring minds who gather in small groups to learn and discuss.

Socrates Cafe groups were started in 1996 by Christopher Phillips and it hosts over 70 small groups that meet in libraries, community centers, bookstores and coffee shops throughout the United States. There are over 30,000 participants thecafeproject.com.

Socrates in the City founded by Eric Metaxas hosts presentations several times a year in New York City socratesinthecity.com.  His format is to invite major personalities to speak to large audiences and stimulate on-going discussion afterwards.

The Oxford Socratic Club was a student society that met to debate the intellectual difficulties connected with religion and with Christianity in particular.  It followed the practice of Socrates to “follow the argument wherever it led them.”  C.S. Lewis presided as president 1942-54 during his years at Oxford.

Socrates@SaddleBrooke is an independent local educational club in SaddleBrooke, Arizona that hosts speakers to address particular Big Questions and encourage subsequent Q&A discussion both live and on the web, as well as in small group settings. 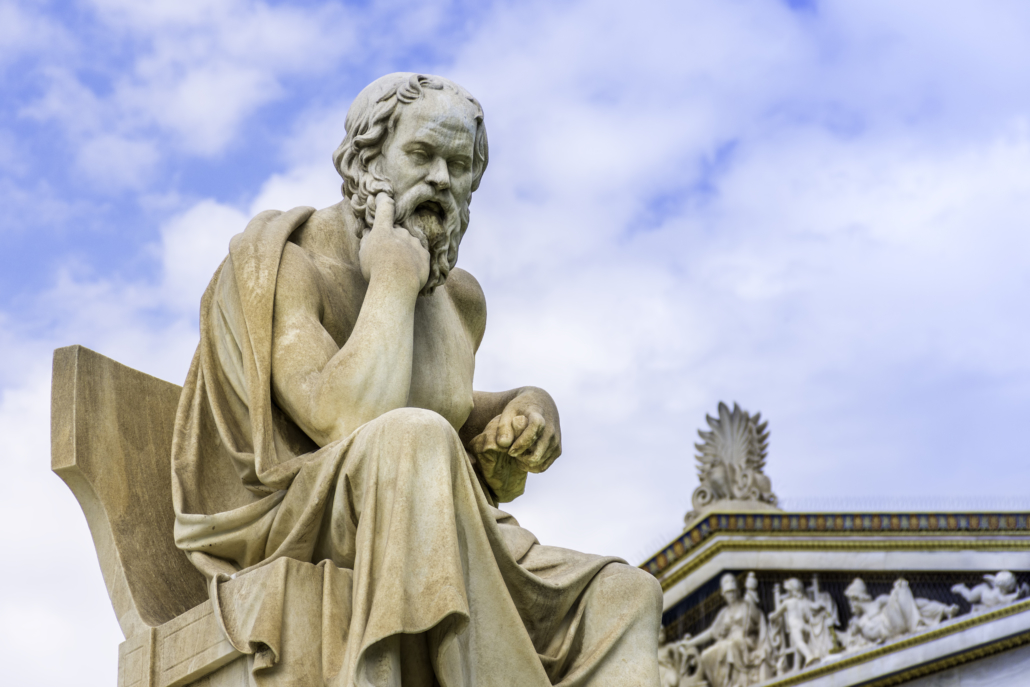 We believe that truth exists and can be discovered by examining evidence from the natural world, reliable historical testimonies, and from God’s general and special revelation, then logically reasoning to a conclusion.

Truth is that explanation of a matter, if logically coherent and consistent, that best describes reality.

Worldview is the set of cherished convictions and principles that we hold, whether we are conscious of them or not. It informs our starting assumption in evaluating new information and for reasoning to conclusions. Worldview is the “lens” through which we “view the world.”

At Socrates @ SaddleBrooke we want to be aware of our worldview and its assumptions and be open to adjusting both based on new evidence that we may discover and any new conclusions we may draw.

The basis for our investigation will be evidence-based inquiry from Nature and God’s Word regarding the truth of reality.  Our working definition of evidence will be —

The two debaters in the School of Athens fresco are Plato and Aristotle. They each begin their argument based on an unprovable assumption.  Plato holds to a “top-down” assumption, represented by his one finger pointing upward, that there is a transcendent ultimate reality from which all other reasoning is based. Aristotle begins with a “bottom-up” assumption, that one discovers ultimate reality by evaluating the physical world around him (represented by his several fingers pointing downward) and knitting that evidence into a cohesive argument.  At Socrates@SaddleBrooke we will we pursue both approaches of inquiry.

We evaluate evidence using standard definitions from science, law, and theology, that describe how well we are persuaded to arrive at a conclusion based on the data presented.

Both science and theology attempt to understand the meaning of information by drawing out its correct interpretation from the data and evidence presented.  In science, the data is about nature and the physical evidence it presents. In theology, the data is the text of the infallible Word of God and the ultimate reality it reveals.  We will attempt to draw inferences to the best explanations with both top-down and bottom-up argumentation.

The process of forming reasons and of drawing conclusions to the matter under discussion.

In the spirit of full disclosure, Stuart Orr, our host and author, is a committed Christian who believes that God is the Creator, Jesus Christ is the Son of God, Messiah, and Savior of the world; and the Bible is the Word of God.  His personal conclusions regarding the data presented in Sessions 1-6 can be seen here in Session 7.  Even so, Stu will do his best to relate the scientific evidence objectively, but you are free to challenge his assumptions and argumentation.  That’s the purpose of the Club: to enter into Socratic discussions and think deeply about things; to be open to one’s own assumptions and beliefs and allow challenge by opposing views.  And most importantly, to be respectful of other positions without having to fully agree with them.